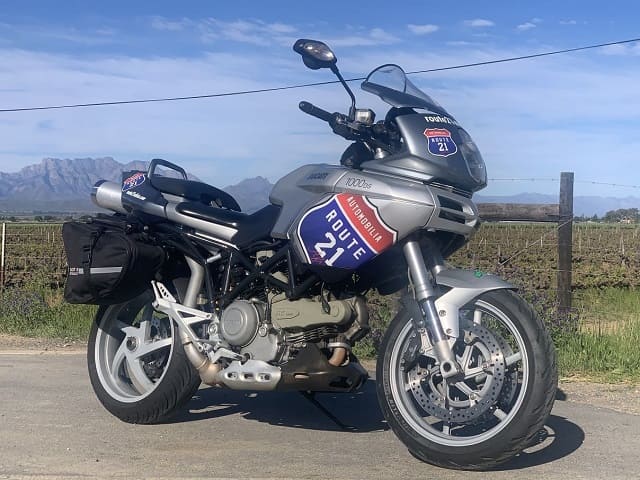 BTK which stands for Billy The Kid, it is a motorcycle tour through South Africa that takes place every year in October. It has been going for over a decade and this year I had the privilege to join them on the 2020 BTK lockdown tour.

We started off early on Saturday morning meeting at the Rossi Bar in Vanderbijlpark at 07:00 which meant my day started off at 4:40. Once there we had a light breakfast followed by riders briefing and this was our first detailed glimpse of where this years tour was taking us. That is part of the whole BTK attraction, prepare your bike for 4500 kms and pack for 8 days and only on the morning of departure during riders briefing, do you get to discover the route and the adventure you signed up for.

That first day, Saturday, took us from Johannesburg down south west into the Free State Province through some quaint little towns, then back onto a long stretch of highway. This was actually in hindsight perfect, because it sorted the large group of about 30 bikes into natural groups where riders were comfortable with speed and competence. After approximately 750 km’s of riding in some of the most glorious South African weather and sunshine, we pulled into a tiny town call Hanover. This was where we spent or first evening. 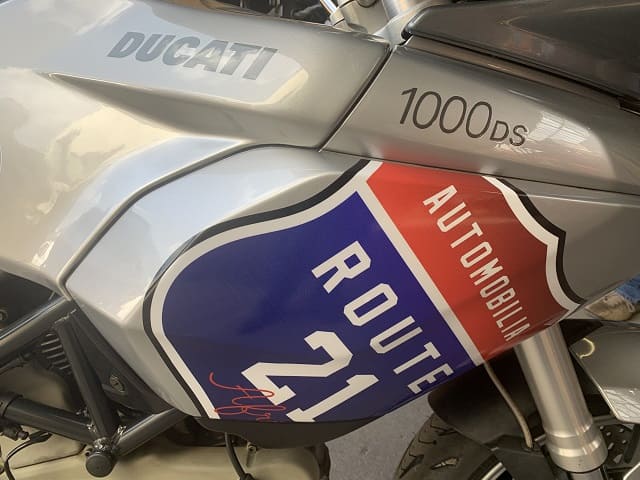 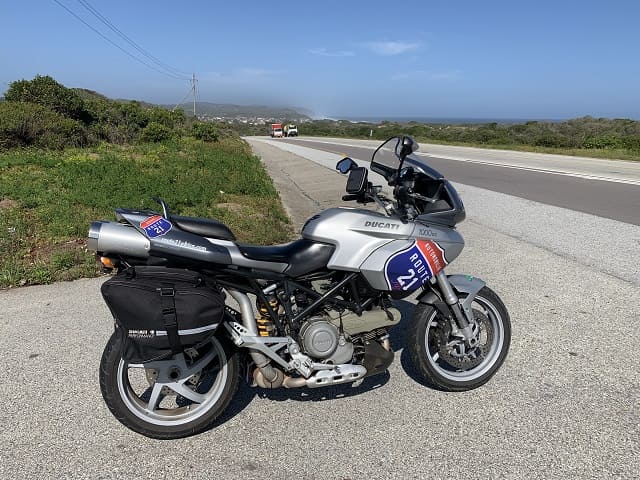 The second day greeted us with sunshine, but -1°C temperatures and an even colder wind chill factor. That day was the longest of the entire tour totaling about 850 km’s. We rode from 08:00 in the morning and only got into Blaauwberg after 18:00 that evening. Yes, there were stops in between for re-fueling as well as lunch, but the day flew by as the scenery was mind-blowing. The change in landscape between the Free State and Northern Cape Provinces, is like being in 2 different countries. The mountain passes once you get into the Ceres region, is pure biker heaven and time flies by as we played in these passes.

Having reached Cape Town and covered over 1500 km’s in the first 2 days, put us all in a high-spirited holiday mood, knowing that the following 2 days were at leisure with the same hotel being our base. Outrides through more passes in the Western Cape were the order of the day as well as a trip to the Darling brewery for craft beer tasting and rides through the famous winelands.

Day 5, which was Wednesday, meant load up the pannier bags on your bike and off towards Kareedouw where we would spend that night. The route chosen for this trip was again off-the-beaten-track, winding along the southern coastline of the Western Cape Province into the Eastern Cape. Conditions such as weather and roads, mountain passes, and scenery are some of the most beautiful in the world. 630 km’s later and a huge smile on our faces as we pulled into our final stop for the day. 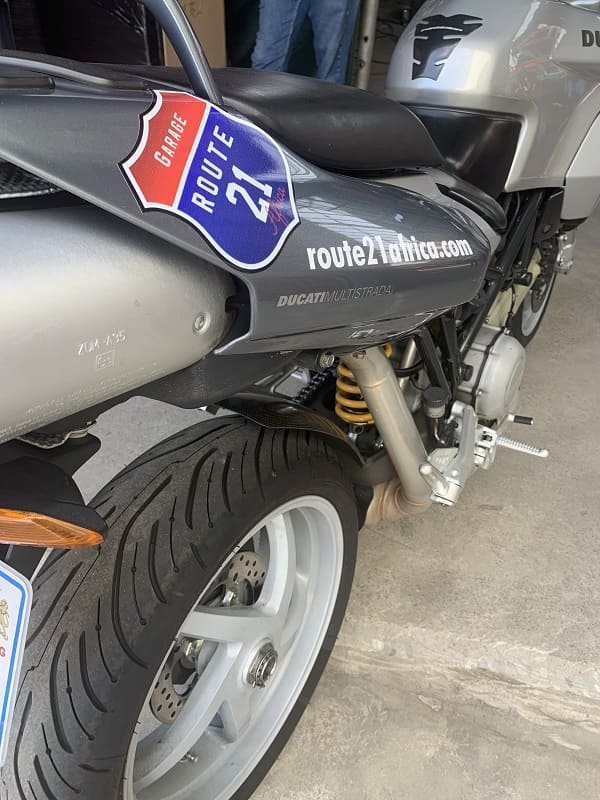 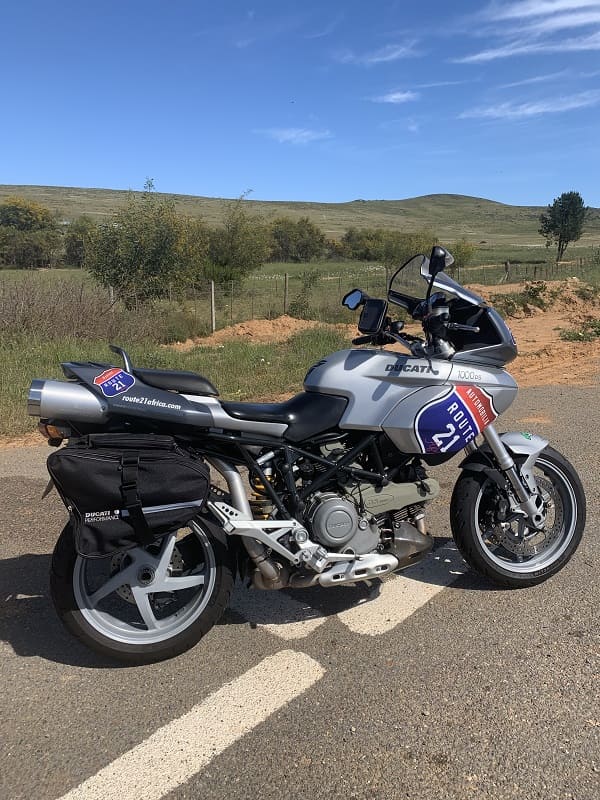 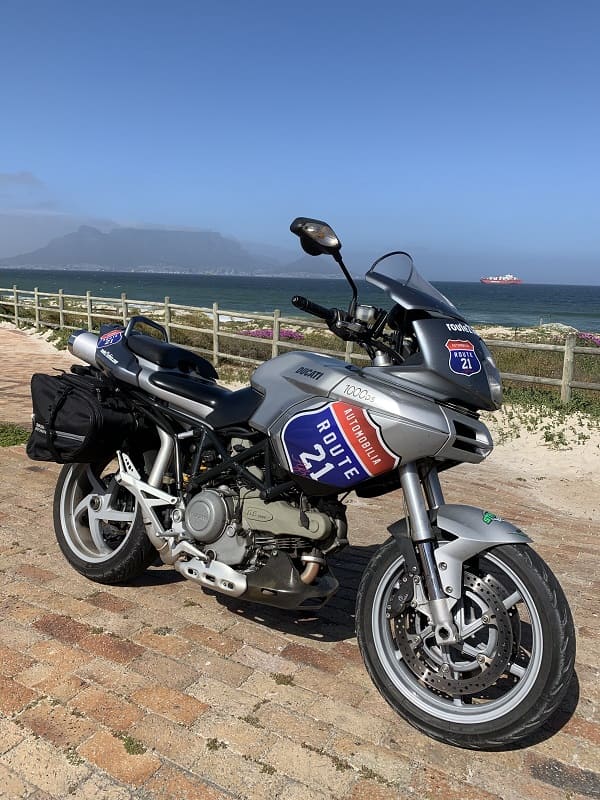 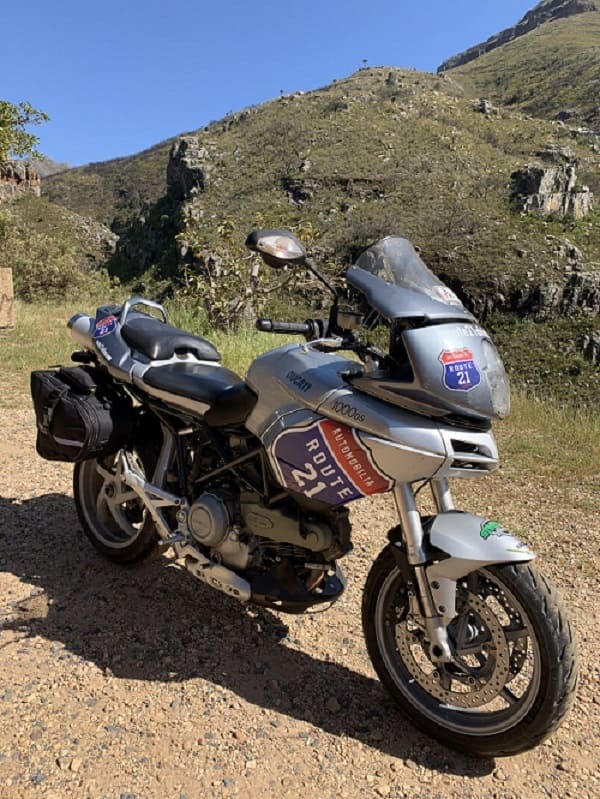 Waking up on day 6 we could see the difference between the “weekend warrior” bikers and the seasoned veterans, as the latter were digging deep to continue after 6 days on the road and nearly 3000 km’s behind the belt. Thursday took us north, away from the coast, back inland and back into the Free State Province. It was a day where we had to keep our wits about us as the cross-winds challenged our riding skills and our attention span. Besides this, the towns we rode through were far and wide apart, teaching us to ride more economically than we had the past few days. However, 600 km’s later we rode into the Gariep Dam Hotel where we were greeted by a spectacular view of the dam and a pool that soothed our aches and pains. 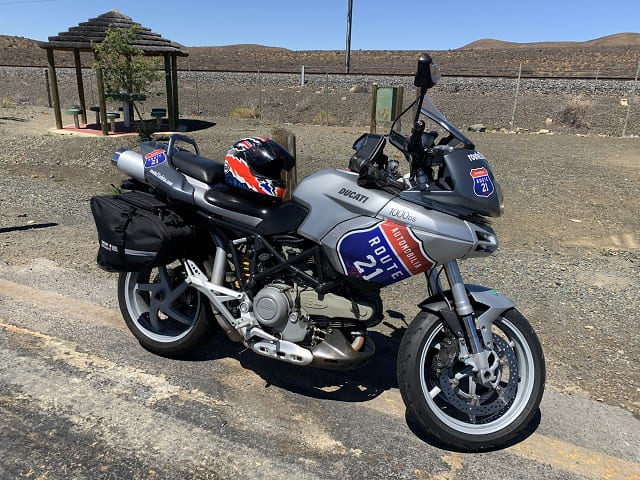 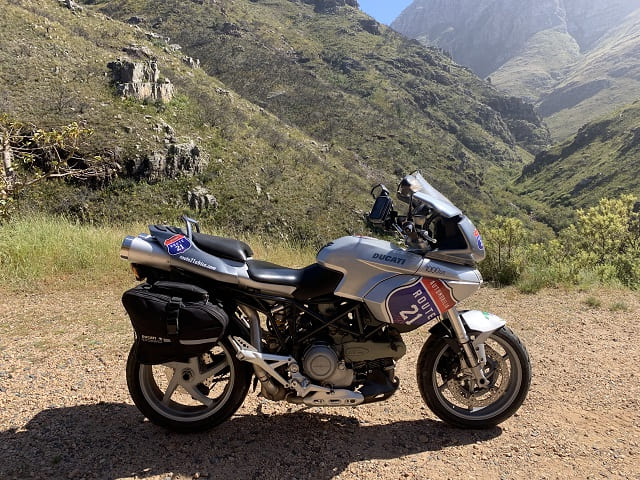 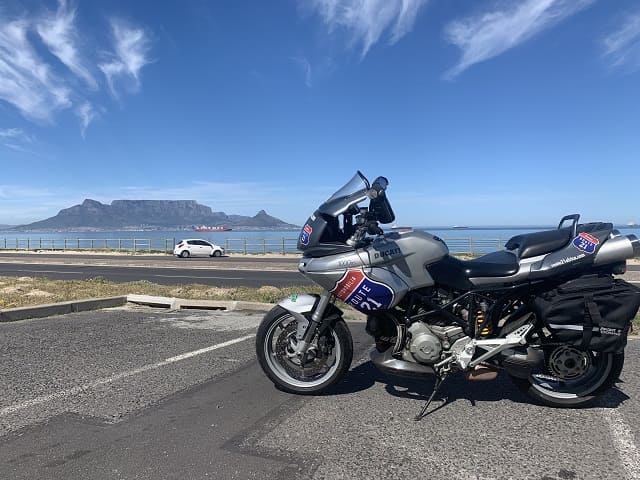 Day 7 was a breeze, as it only covered 430 km’s of phenomenal biking roads that were in pristine condition, winding through mountainous regions with fantastic passes and stunning altitude changes. The destination for our final evening was the Maluti Mountain Lodge in Clarens, just next to Lesotho. That final evening was spent doing the traditional South African “braai”, having a few drinks, live music and reminiscing and re-living the past 7 days adventures with newly made riding buddies. 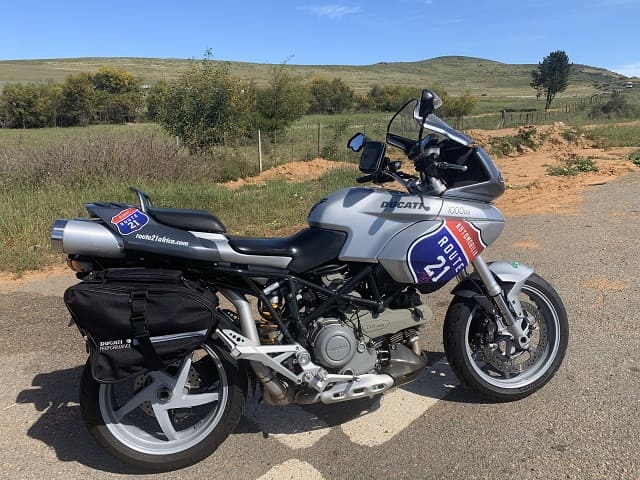 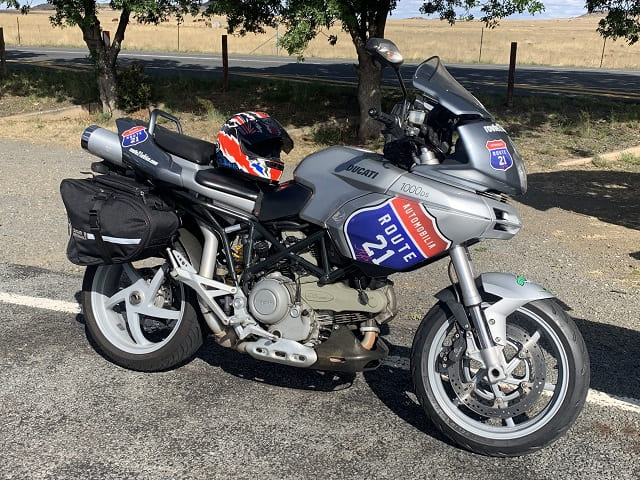 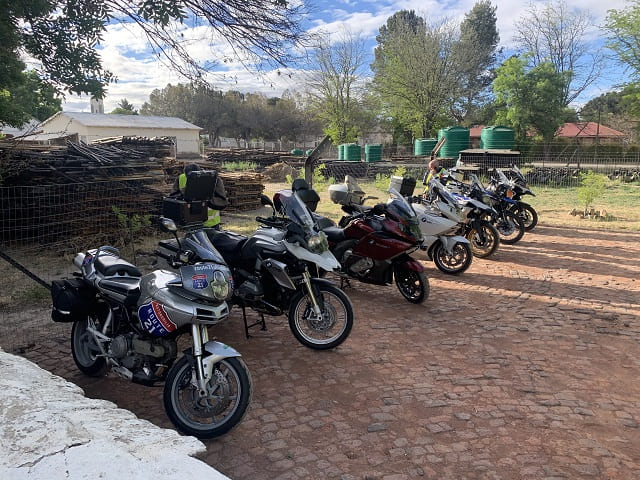 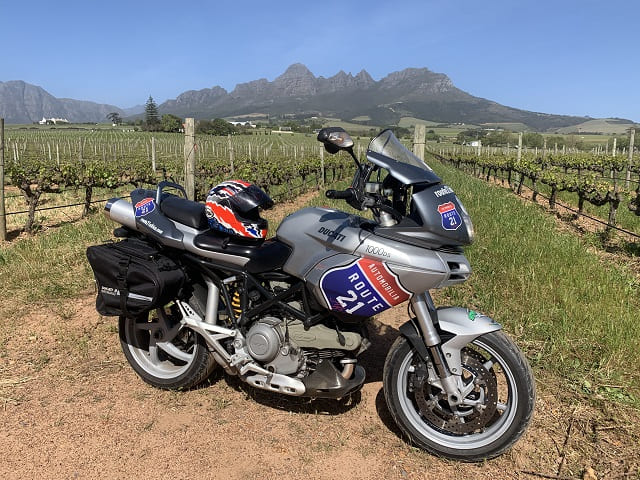 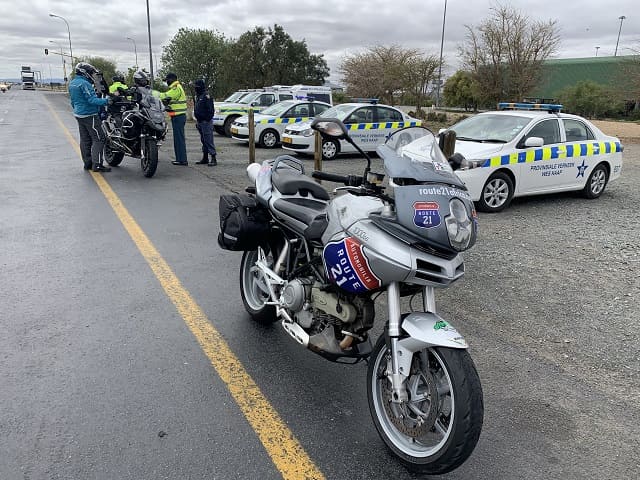 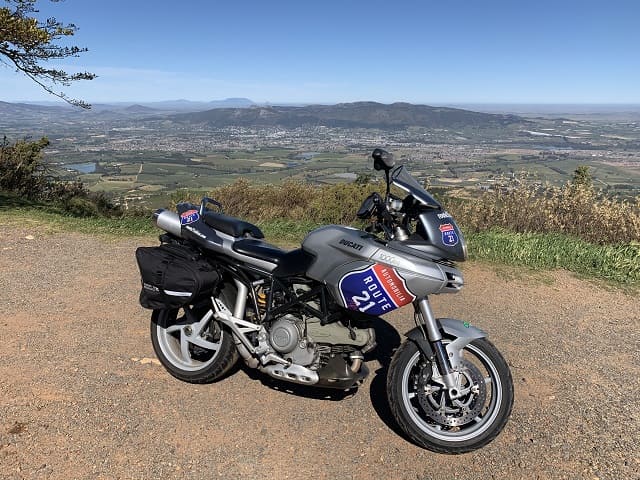 Finally waking up on the 8th and final day, with only a short stretch back home to Johannesburg in Gauteng, we decided to ride down into the Golden Gate Nature Reserve. This was like riding bike in heaven, a mix of lush green, Grand Canyon, narrow but smooth winding tar strip with wildlife either side. It was the perfect ending before hitting the highway again for the final 250 km stretch home.

Over 4000 km, 39 mountain passes, 5 provinces, weather only South Africa can give you, from farmlands to vineyards to coast to mountains ending in a Nature Reserve and topping this with newly formed friendships. The BTK is one of those bucket list things to do and it will most certainly not be my last one.