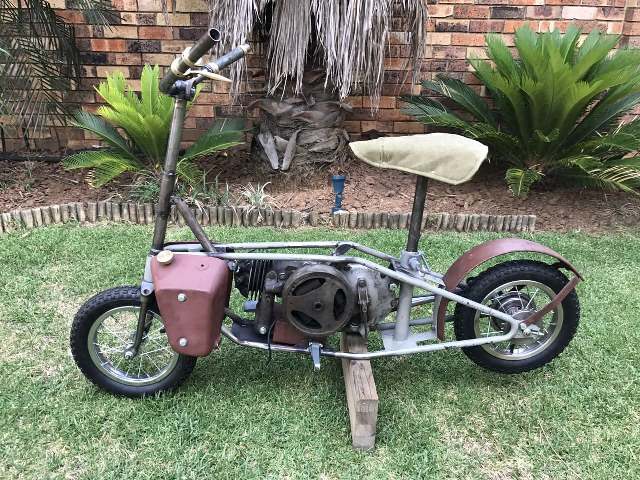 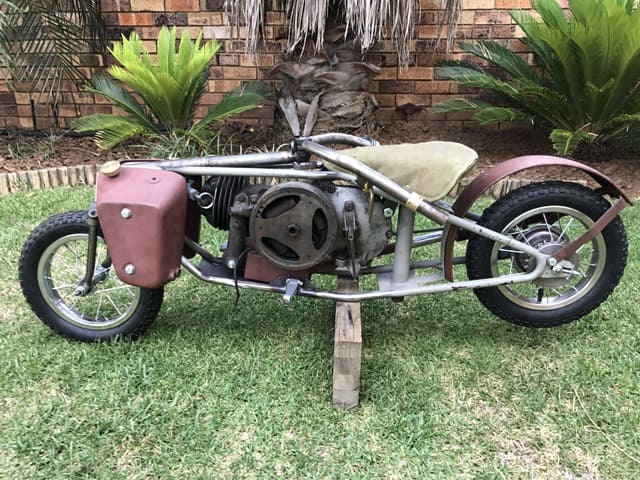 On one of my travels in 2016 to Naboomspruit in the old Transvaal province, now known as Limpopo province, I met an elderly gentleman that had been collecting bikes and bike spares all his life. Harry Harley Hart as he is affectionately known, also used to work on bikes himself. In his workshop, I saw what I immediately recognized as a Corgi military paratrooper bike, also nicknamed the torpedo bike. I made Harry an offer and brought all the bits and pieces home. 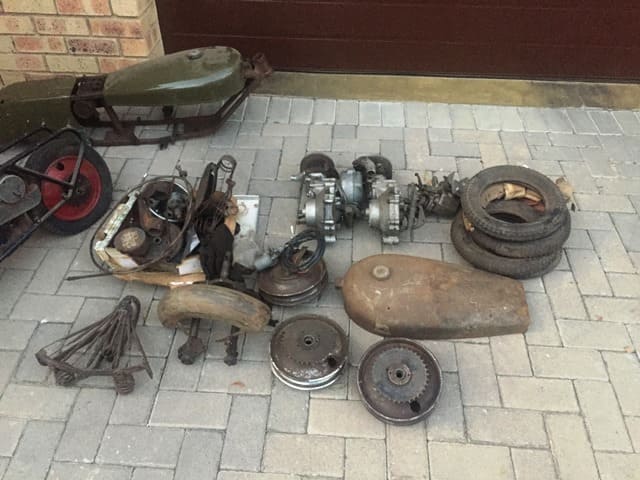 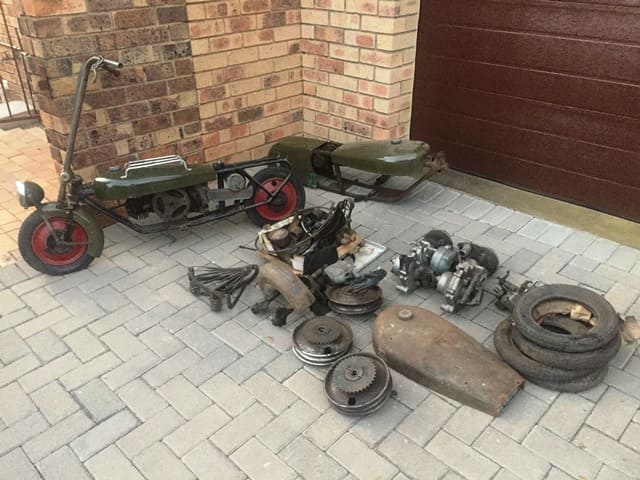 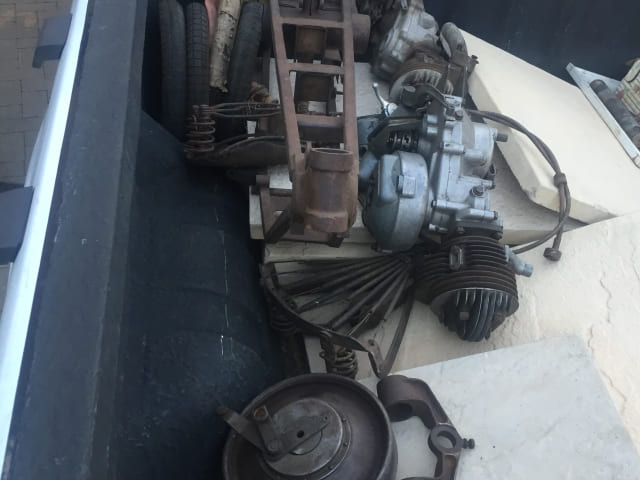 In the lot that I had bought was a Welbike, which we are currently restoring, a Corgi military and a Corgi Indian Papoose.

Please follow us on our YouTube channel “Route21garage”, as well as on this site to see the rebirth of all these amazing and forgotten bikes. We will be sharing and reviewing with you the history of them, quantities built, their deployment and will be looking at their specifications as we go along.

Once we got the motor out and cleaned the engine numbers, I made contact with the guys from the Welbike club in the UK. At first they did not believe we actually had an “original” 1940’s Welbike as there are copies and reproductions being made today, with different engines. Once confirmed with photos of the engine numbers, they were super helpful.

They confirmed its originality as well as placing it as a North African deployed unit. After forwarding them a list of parts I was short of, the steady supply of original rusty parts and replica machined parts started coming into South Africa.

These guys were even so helpful as re-sowing, off original templates, a WWII canvas seat cover as these deployed units had fitted. 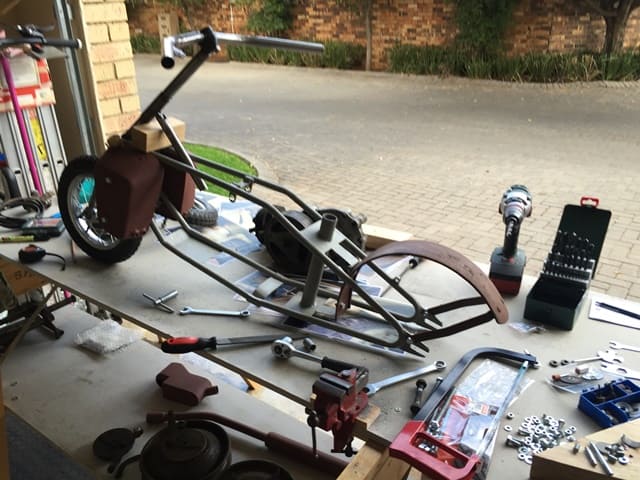 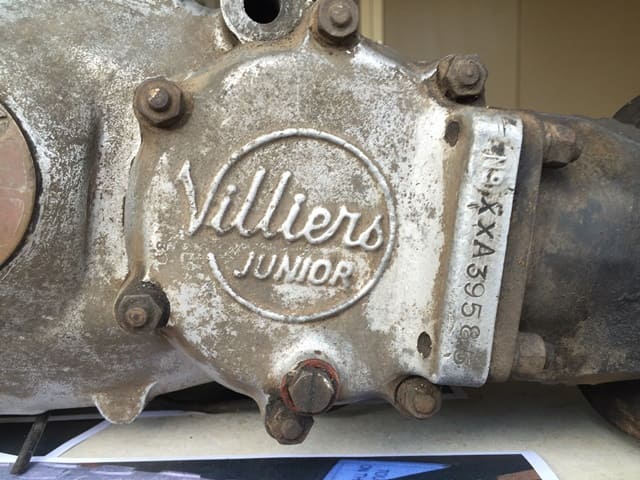 So the dirty work of cleaning her, cutting out rust, welding, respraying and machining started. At this point, as you can see from the pictures, she is mechanically complete, folds up correctly, reassembles quickly and effortlessly as she should, cables for clutch and throttle have been made and my old friend and artist behind his machines in his machine-shop, Marius, has machined the last of the missing pieces.

Marius and I went to the South African War Museum in Saxonwold, as I had discovered they have an original and complete Welbike on display. We measured up all the pieces we still required, such as cable clamps and tap for fuel tank. Here too I would like to mention that the staff at the Museum were very helpful and accommodating. 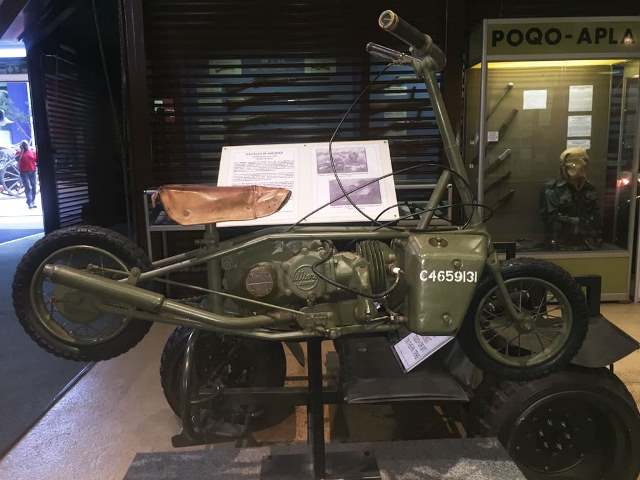 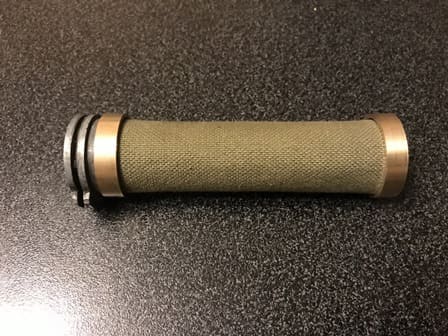 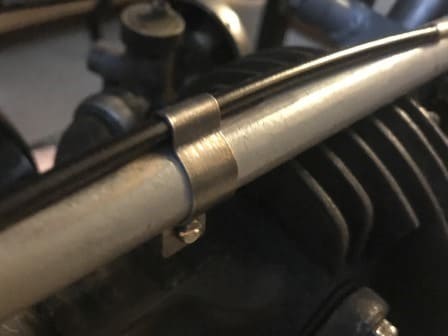 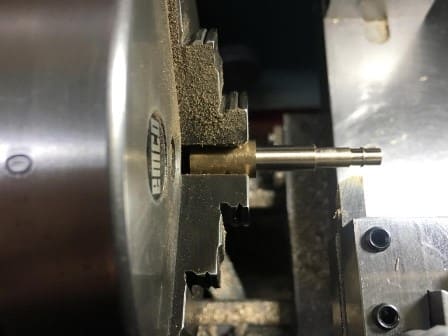 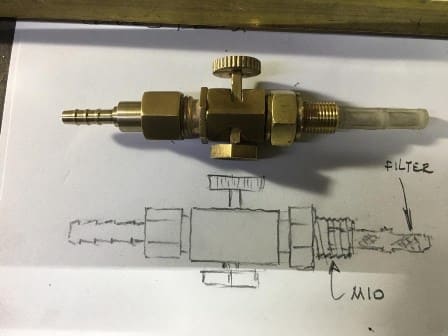 Marius, the perfectionist that he is, ensured that everything was correct, from the materials used, material thickness right down to the correct thread of the bolts as well as square or hex nuts as per original.

Our next step in this journey of restoration is to start her, then disassemble, spray paint and reassemble her. Once she is completed, we will do a full review of the Welbike, its efforts in the War and specifications on our YouTube channel “Route21garage” as well as post Part 2 on this site. 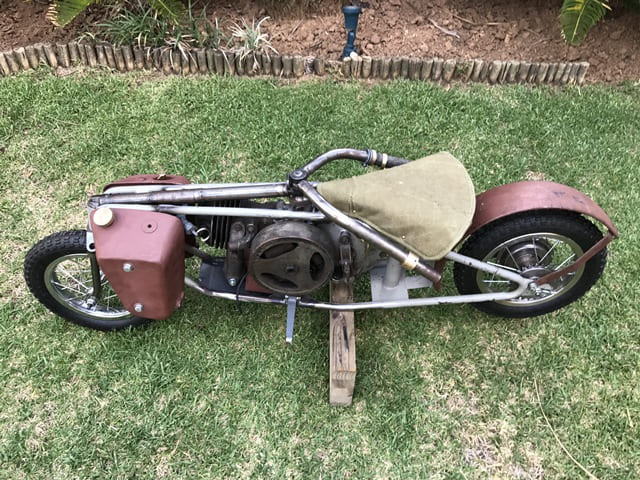 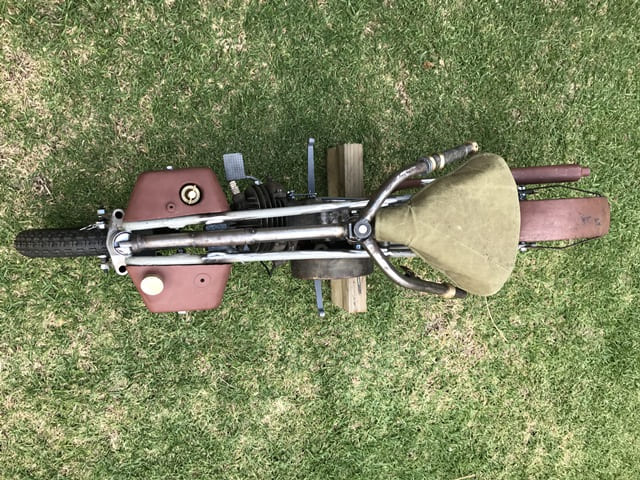