These were motorcycles produced by the Italian motorcycle company MV Agusta in their Cascina Costa plant from 1959 to 1969.

The Codice della Strada (Italian Highway Code) was amended in 1959 to prohibit motorcycles under 150cc from using the Autostradas (motorways). MV Agusta responded by increasing the capacity of their 125 “Centomila” to 150,1cc.

These bikes initially sold for 230.000 lire and had a production lifespan of 10 years. Total number of GT’s produced was 3132 units and of RS’s was 6515 units. Over the years the models underwent a few changes, initially only produced in the classic colours of Rosso and Ivory and after 1966 there were other colour schemes introduced. Early models had covered rear shocks, after 1963 they had open springs and after 1966 a new 5-speed gearbox was fitted.

Main visual differences between the 2 models are, GT had the high handle bars with the single exhaust and the RS had the lower clip-on handle bars with the double exhaust system. The bike in picture is the rarer of the 2 being the GT model, early 1959, showing covered rear shocks and higher handle bars, however finished off with the prettier RS exhaust. 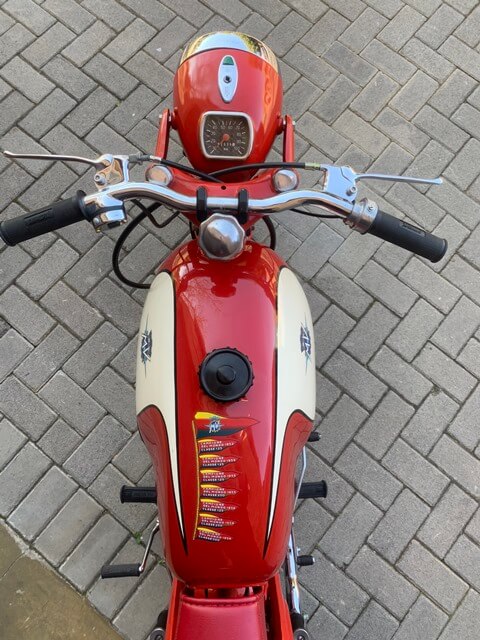 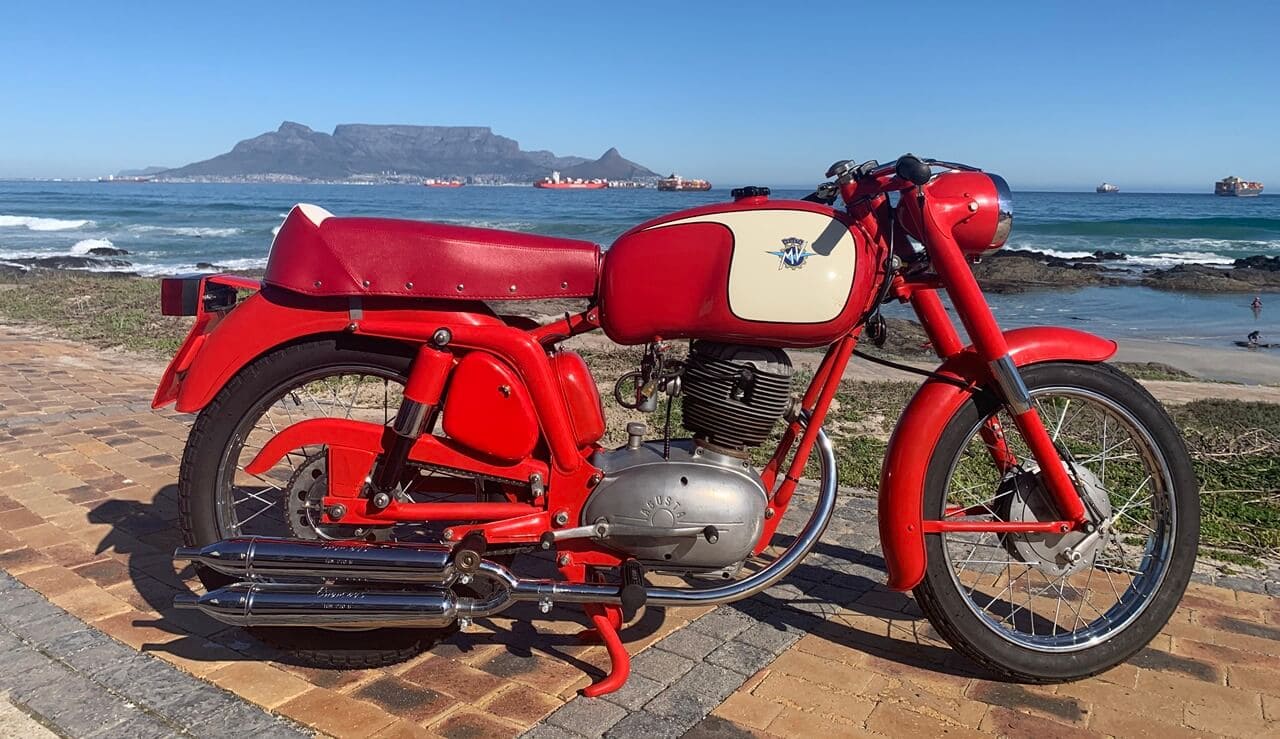 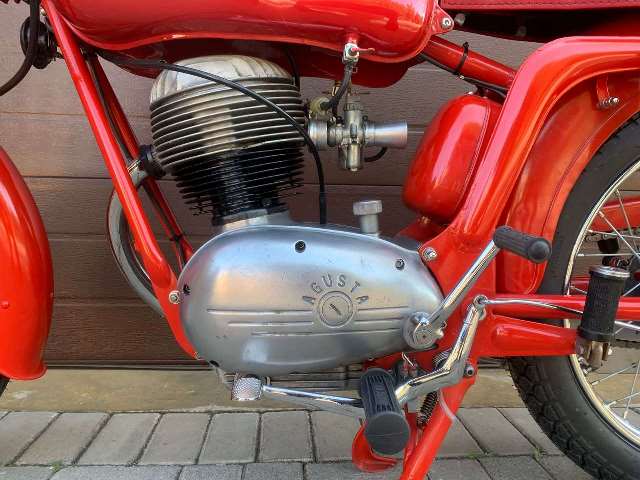 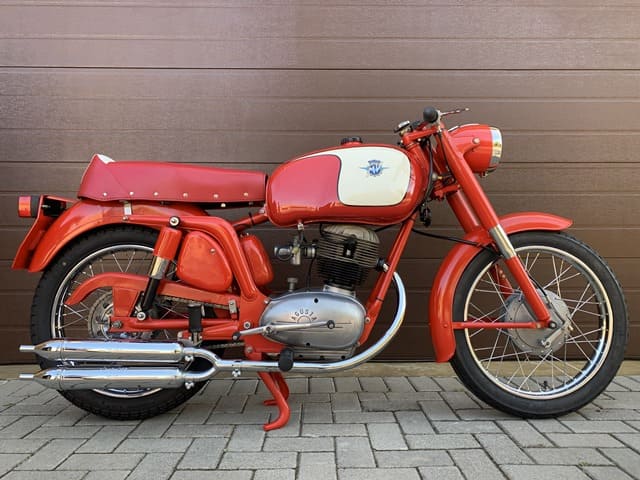 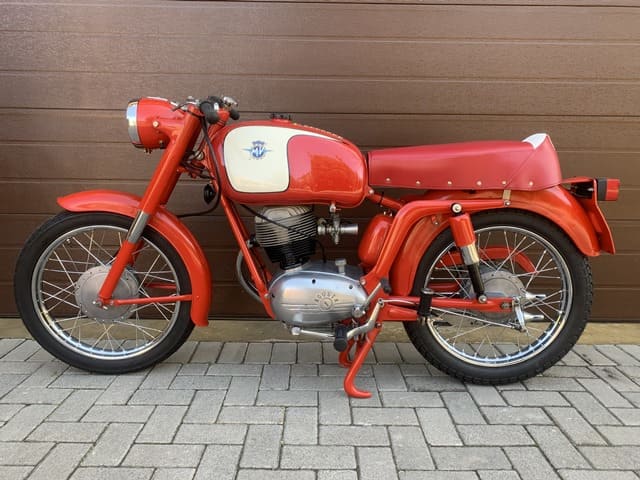 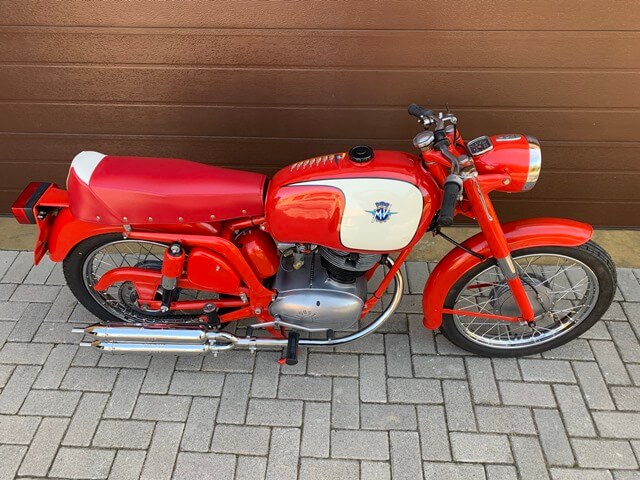 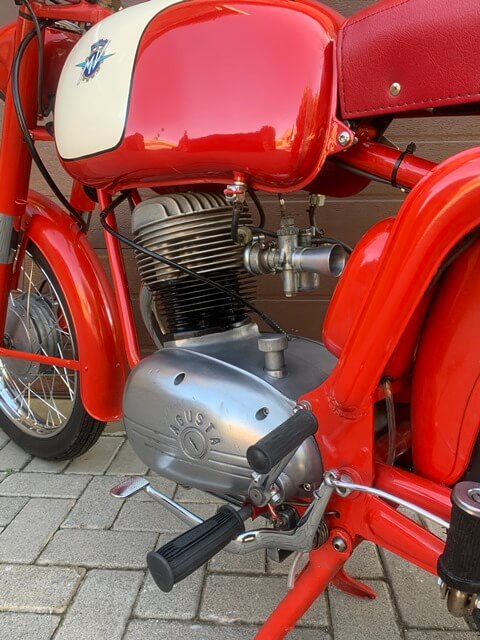 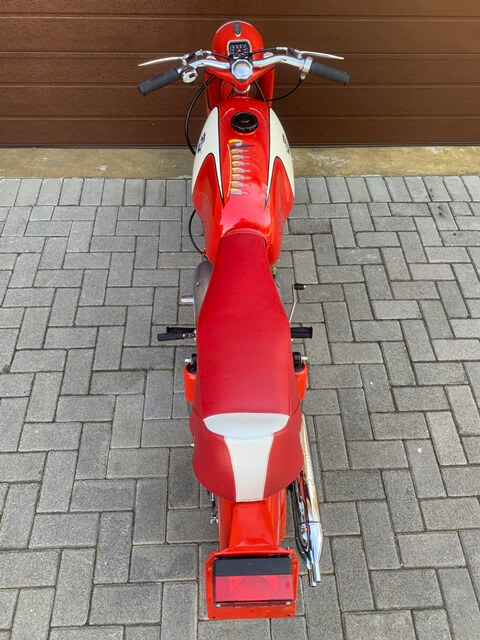