This is arguably the most iconic Japanese bike of the 20th Century.

Katana is the Japanese name given to a single-edged, curved sword used by the Samurai warrior, also as a ceremonial sword. Suzuki hired Hans Muth, ex-chief of design of styling for BMW, then part of the German three-man Target Design Team. This team consisted of Muth, Jan Fellstrom and Hans-Georg Kasten.

They designed the Katana in 1979 to 1980 and was then sold between 1981 to 2006. Target’s design philosophy was – keeping components compact and close fitting to reduce production costs, weight and number of components.

When in late 1980 the GSX1100S Katana hit the streets, it was the fastest mass-production motorcycle in the world. It was a bike of many firsts, the first naked superbike, the first production bike with clip-on handle bars and the first production motorcycle to be fitted with anti-dive forks, as tested by the Suzuki GP team. This 1100cc also had quite hairy racing cams fitted as standard, making it a monster at 111hp back in 1981. 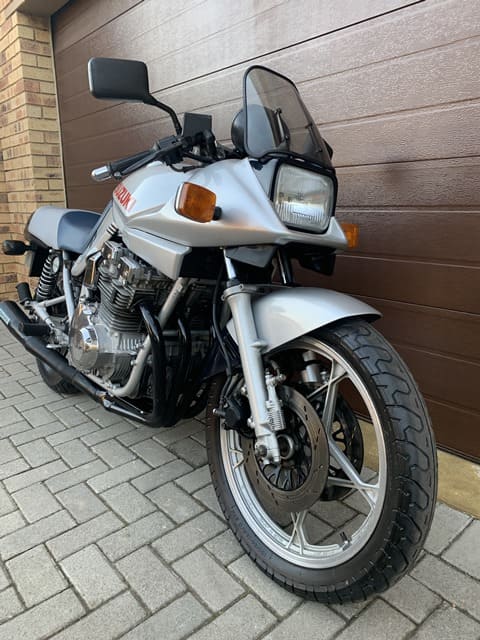 The design concept comes from the shark and the prototype spent many hours in the wind-tunnel, refining and optimizing its shape. The design was so radical at the time and departed from traditional motorcycle design, looking more like something from “Star Wars” and many experts and journalists thought the design would not appeal to the masses. However sales were a success and the design had a lasting impact on motorcycle design. The Katana was the shape of things to come! It bridged the gap between harsh Italian sportsters and bland Oriental fours, proving that the Japanese too could provide performance with originality and style.

This bike in picture is a very early production bike, produced in 1980, bike no 401 off the vin number. It is also a multiple concours d’elegance winner at rallies in South Africa. 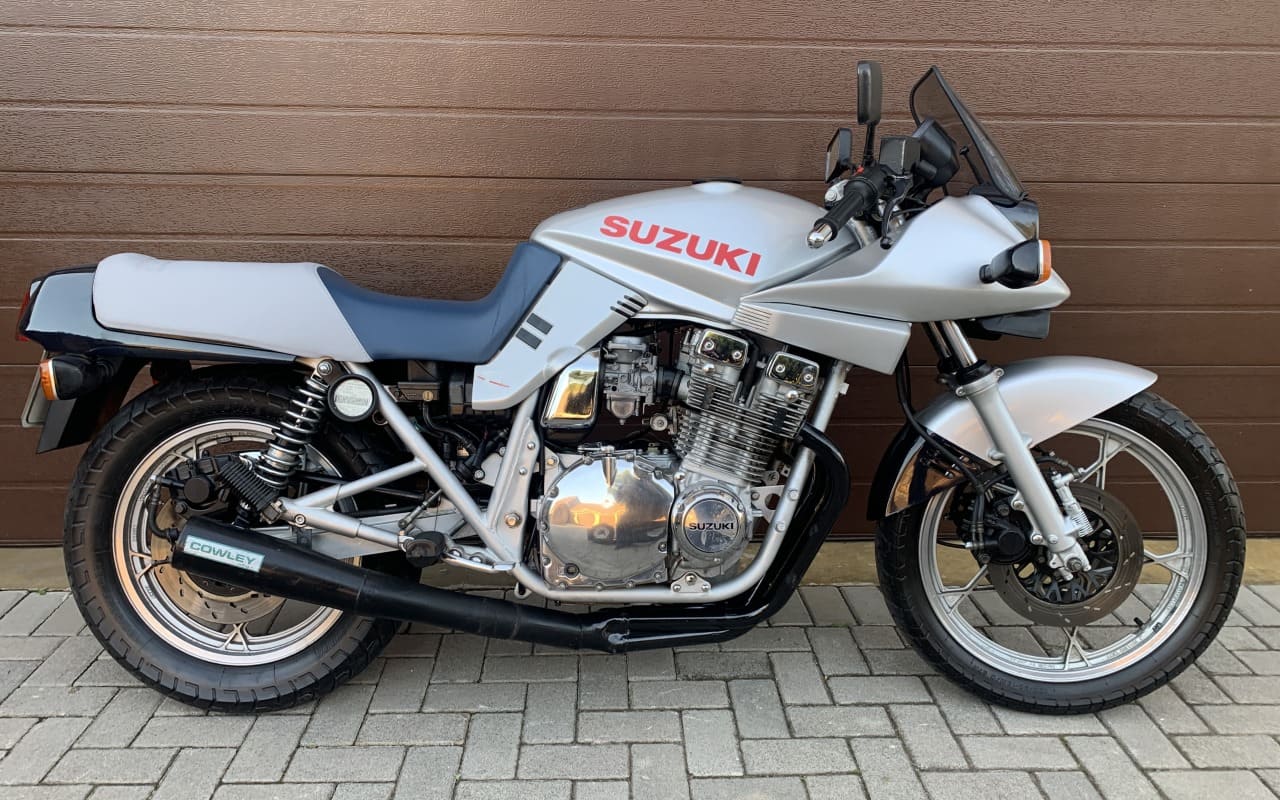 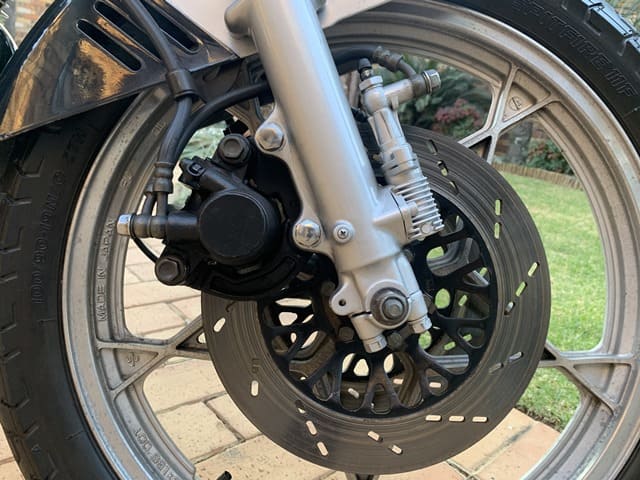 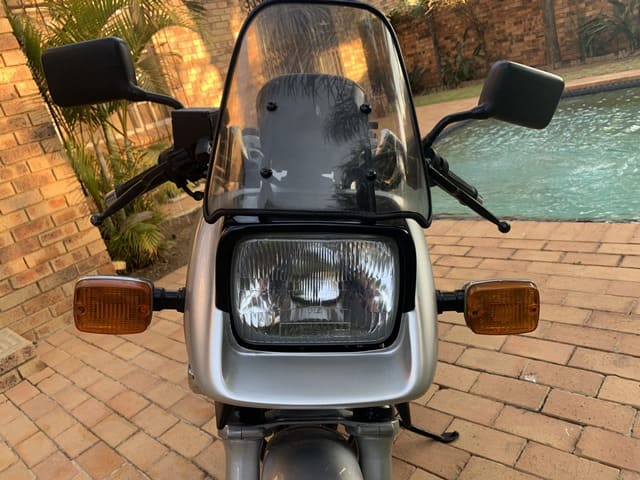 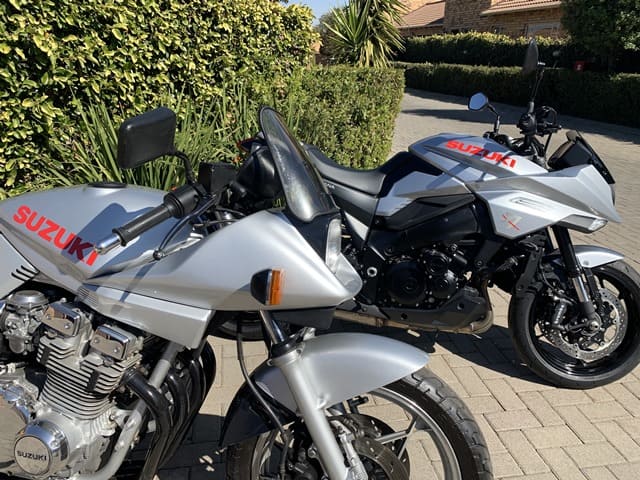 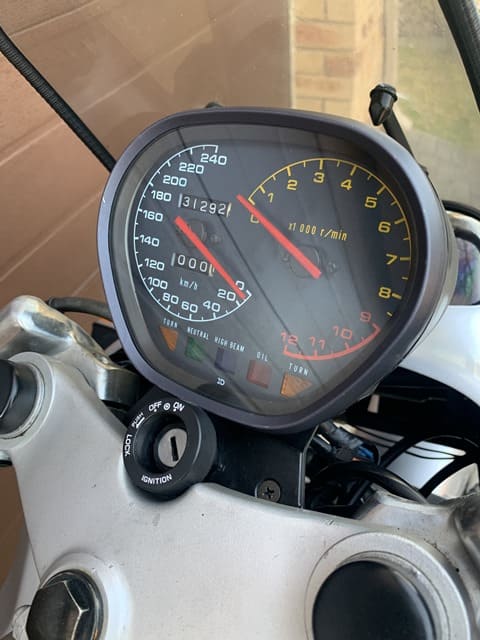 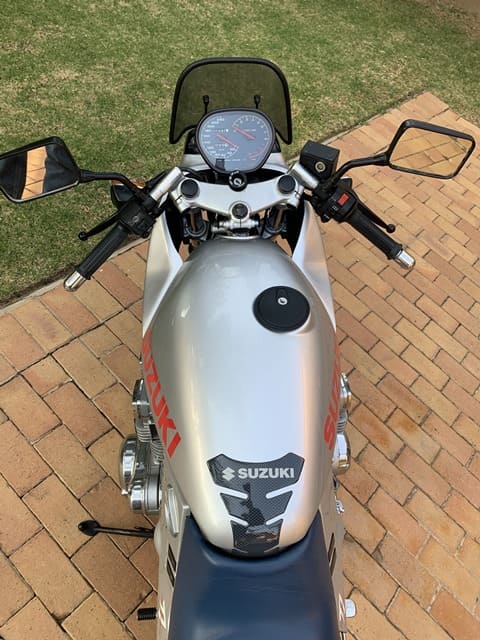 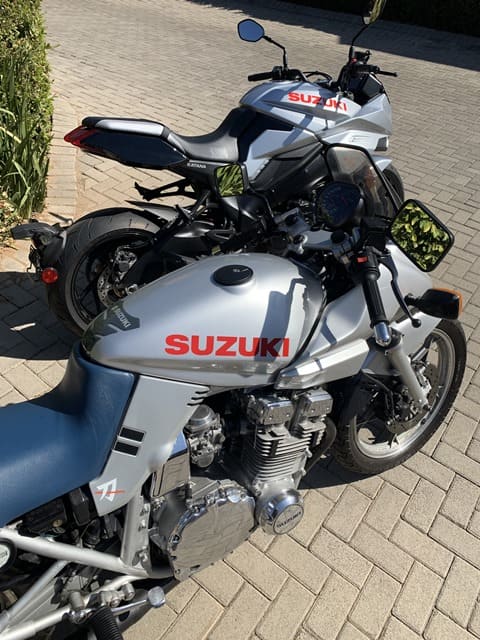