The MV Agusta F4 is a four-cylinder sport bike made by MV Agusta from 1999 until 2018, a production lifespan of 20 years. It was the motorcycle that launched the resurrection of the brand in 1998.

The F4 was designed by Massimo Tamburini at CRC (Cagiva Research Centre), following his work on the Ducati 916.

The engine was derived from the 1990-1992 Ferrari Formula One engine. Early in the design process Ferrari engineers assisted in the development after which MV (Cagiva at the time) took it in-house.

One of the most important and notable features of this F1 engine that remained to the end in this design, were the radial valves as used by the Ferrari F1 program since the 1930’s and is unique in the sense that it is the only recently produced radial valved motorcycle engine.

The F4 engine is also one of the few production superbikes to have a hemispherical cylinder head chamber design. 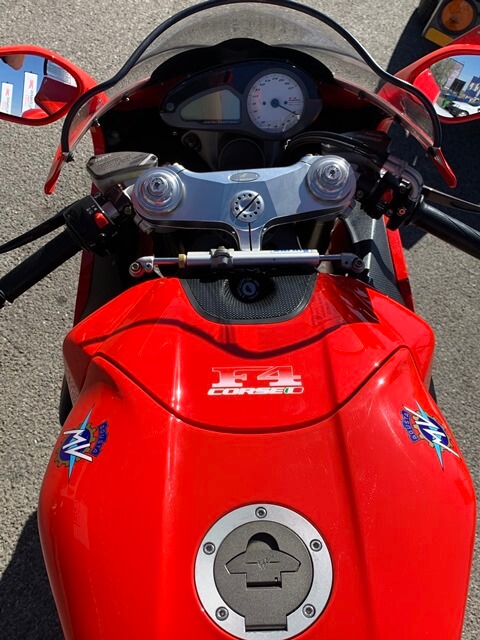 The F4 already being of unparalleled beauty and being displayed with the Ducati 916 in the Guggenheim Museum of Art, the Corse based on the F4 1000 R, got a special body with a paint design by Tamburini, 3 tone genuine leather seat, Marchesini forged wheels, a beautiful OEM stainless Arrow performance pipe out the back and a plaque on the triple-clamp designating the number of bike with the country of delivery. The proud owner also received a certificate from the factory confirming its authenticity and number.

The plaque of the bike in picture displays “002/ZA” , meaning bike no 2 of 300 produced with destination being South Africa. 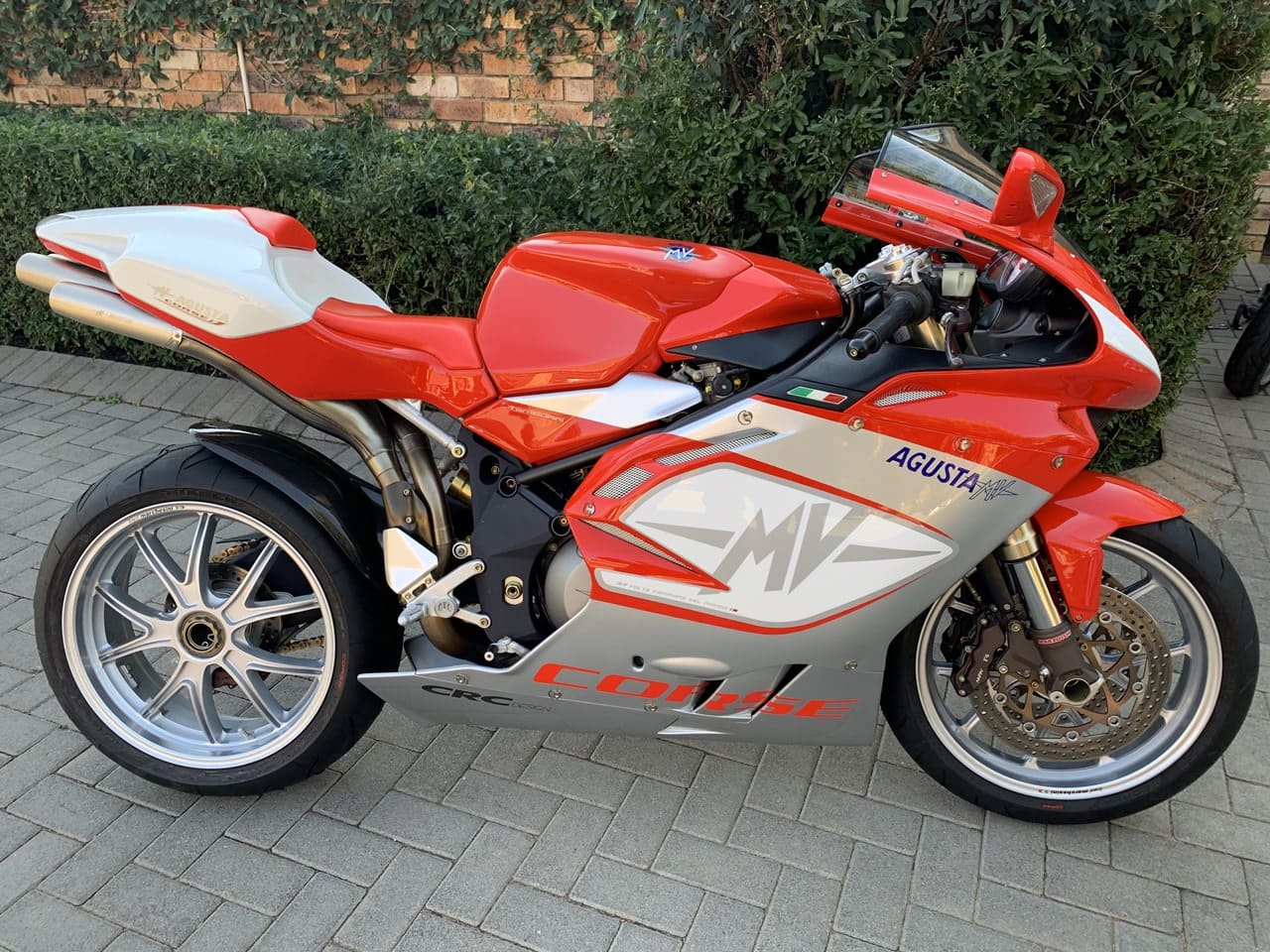 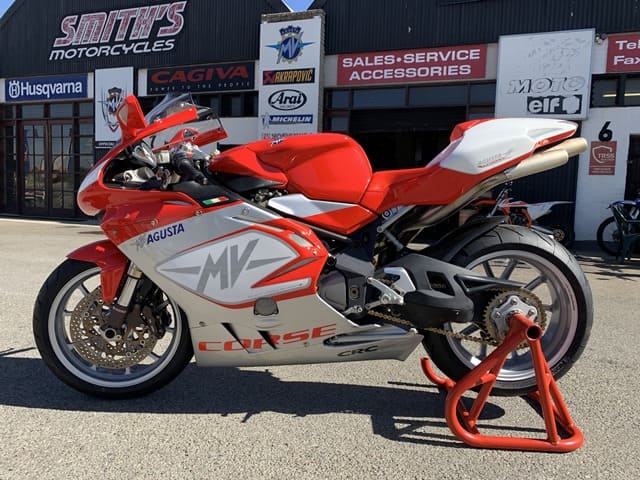 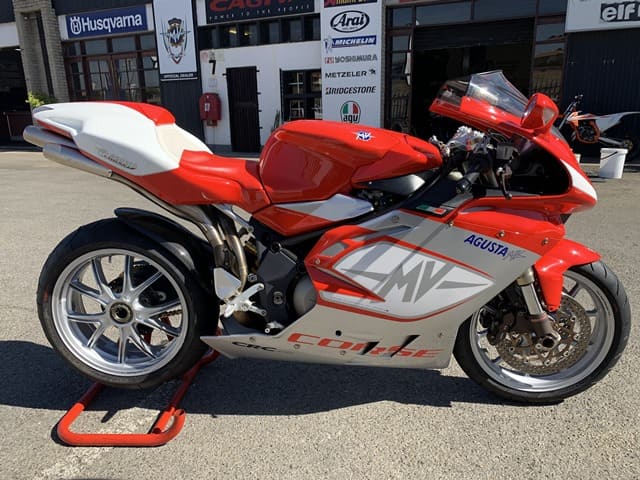 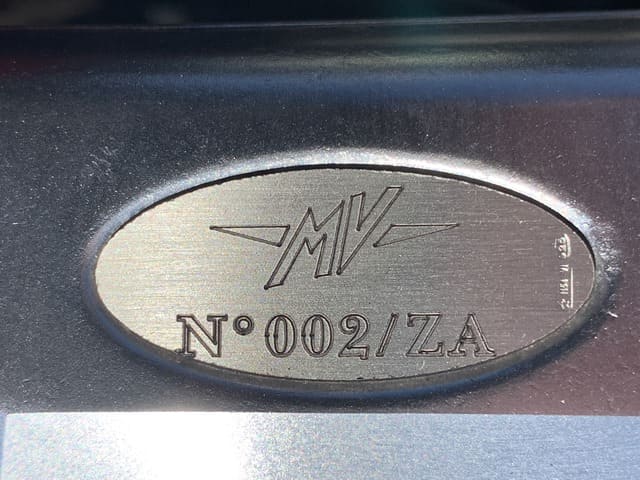 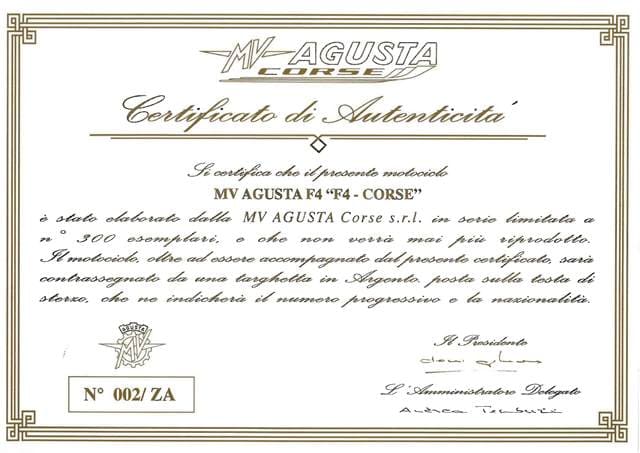 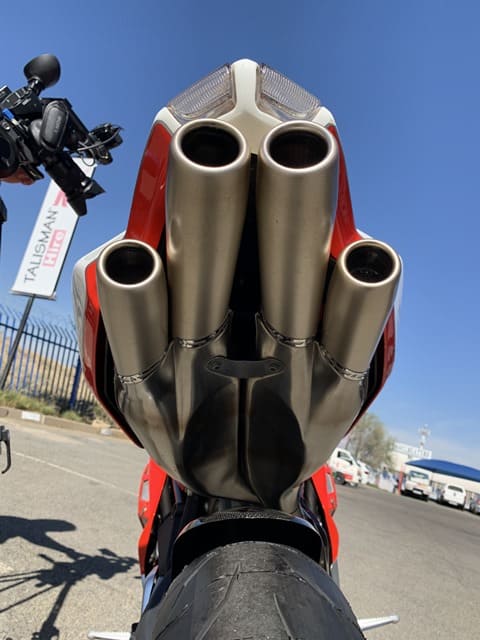