Bimota is a small Italian manufacturer of custom and production motorcycles. It was founded in 1973 in Rimini, Italy, by Valerio BIanchi, Giuseppe MOrri and Massimo TAmburini. From the beginning they concentrated on building high-quality motorcycles chassis around existing engines.

The Tesi 1D was originally designed by Pier Luigi Marconi in 1992. The Tesi 3D was then completely redesigned by Andrea Acquaviva, former protege of Marconi. With much improved front end, increasing the sweep from 17 degrees to 21, making it a much friendlier and more maneuverable bike.

Being Bimota’s signature motorcycle, they celebrated their 40th Anniversary appropriately with the final encarnation of their Tesi 3D in Street Fighter guise and pillion seat. This final evolution of the 3D also no longer features a pull piston for the front suspension but a monoshock attached to the front swingarm. Finished off in the Italian “tricolore”, all billet machined alloy black anodized and named aptly the 40 Anniversario. Only 40 specimen were built, each characterized by the specific livery for this version and a plaque indicating the serial number. 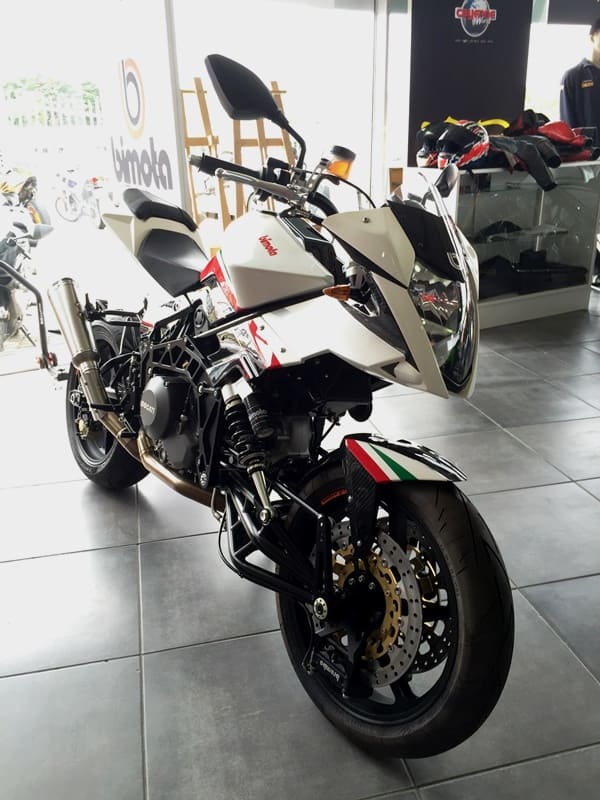 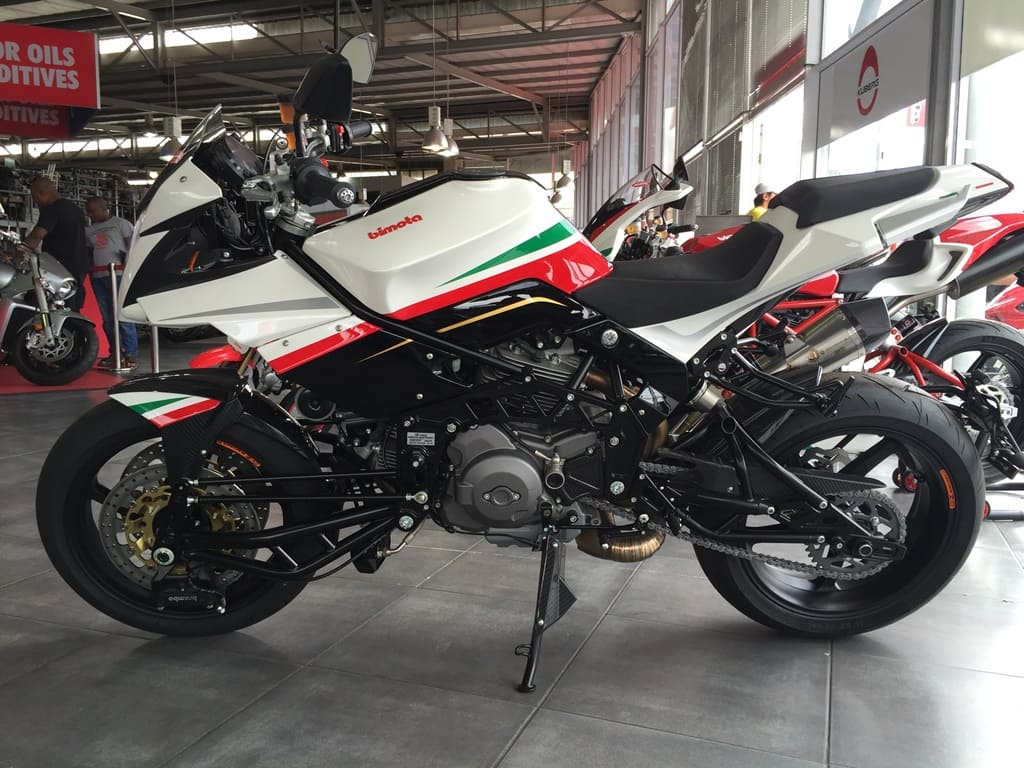 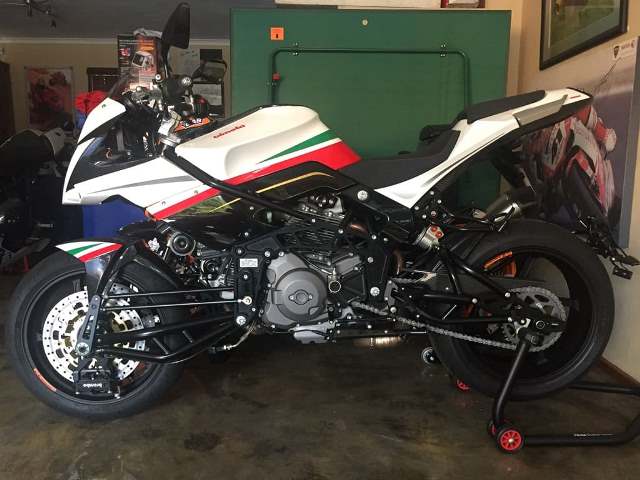 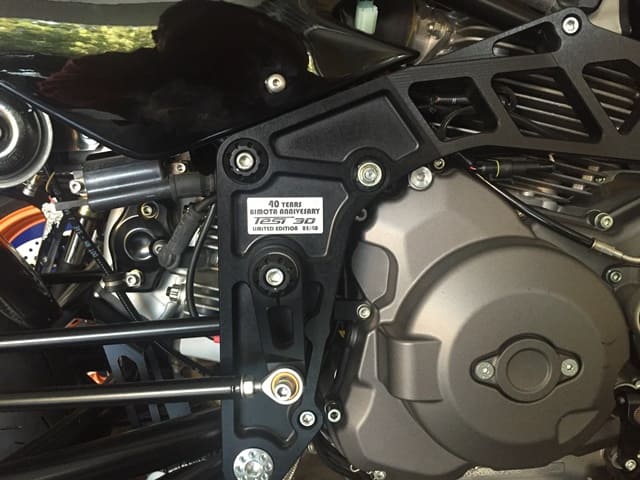 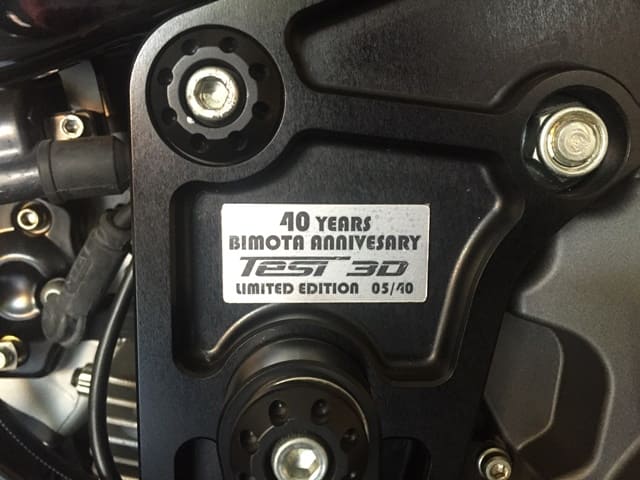 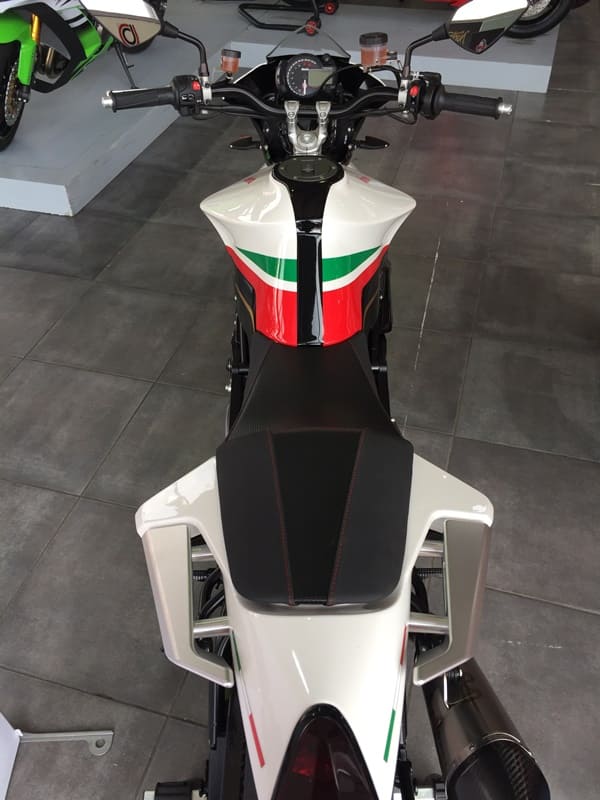 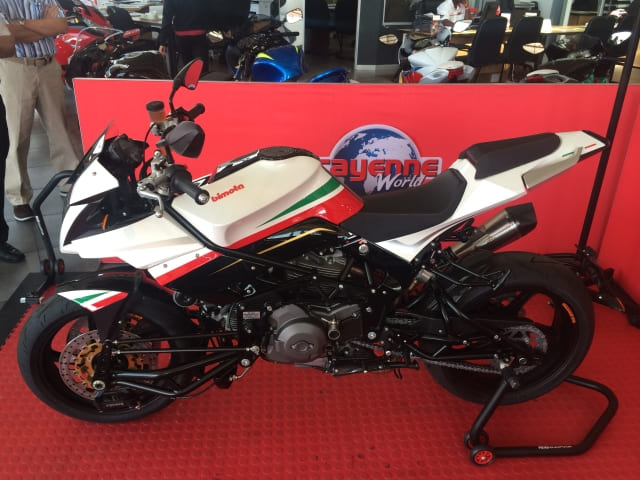 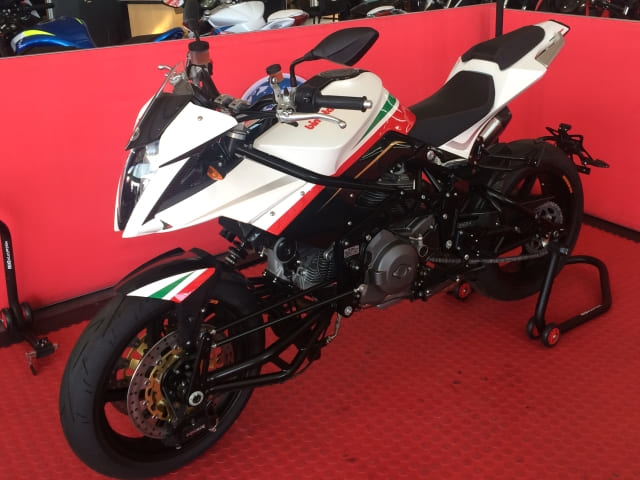 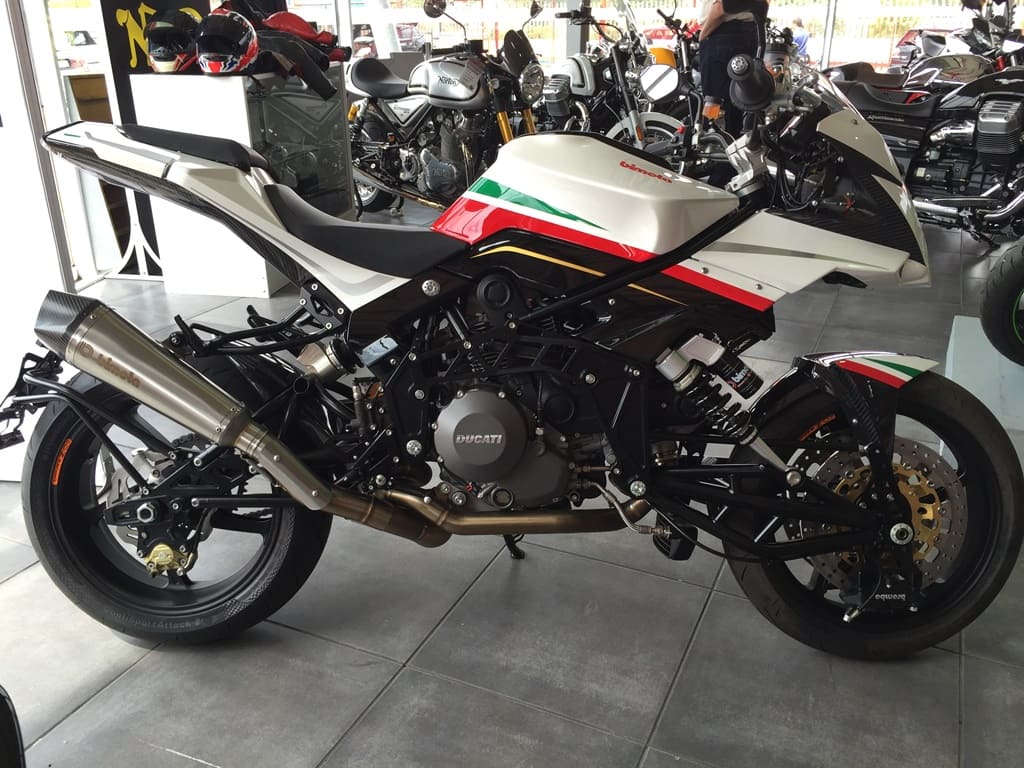