This new Katana pays homage to the distinctive original 1981 design and looks, with a sprinkle of 21st century practicality.

It is based on the GSX-S1000F with the engine coming from the GSX-R1000 K5, being of higher torque and lower horsepower than the K6. This is the ideal choice for a naked bike, however with a still very respectable and healthy claimed 150hp.

Suzuki never intended to re-create the old Katana but rather to re-interpret the original design into a modern style. The concept bike was displayed at the Milan EICMA show in 2017, designed by Italian freelance designer Rodolfo Frasoli. Same as with the original Katana back in 1980 where they based it on their flagship superbike, the GSX1100E, which had a stronker four cylinder engine. So similarly the new Kat shares its engine with their top superbike, the GSX-R1000. Its sharp nose, rectangular headlight (now in LED) and tinted flyscreen echo the original, especially with the red lettering on the traditional silver paint. The two-tone seat as well as two-tone front mudguard also have some 80’s inspiration. The new clocks also pay some kind of homage to the original Katana’s clocks in the way the LCD tacho sweeps around the housing. In place of the old warrior’s twin shock rear end, is a modern blend of monoshock suspension with numberplate holder mounted to the rear swingarm. 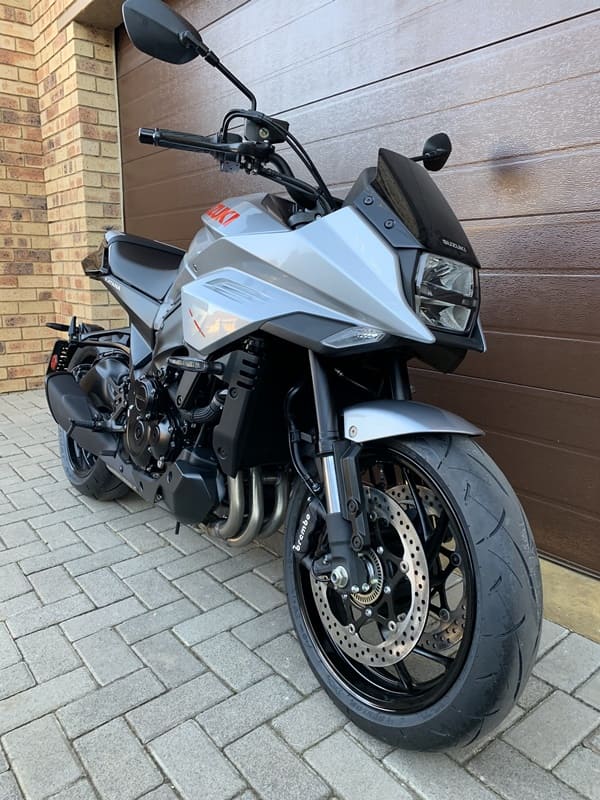 The 80’s bike was essentially a café-racer version of the GSX with the clip-on handle bars, giving an aggressive riding position that made the bike a pain in traffic. With this re-interpretation, Suzuki took a more relaxed approach with the new Kat, also aiming at the potentially older customers that recall the original model, who are unlikely to want sports bike ergonomics. So instead of the clip-on’s, it has a raised one-piece and slightly wider handlebar for the fairly upright riding position.

This bike in picture is from the first production run of 1000 Katana’s produced in 2019 and is bike number 731. 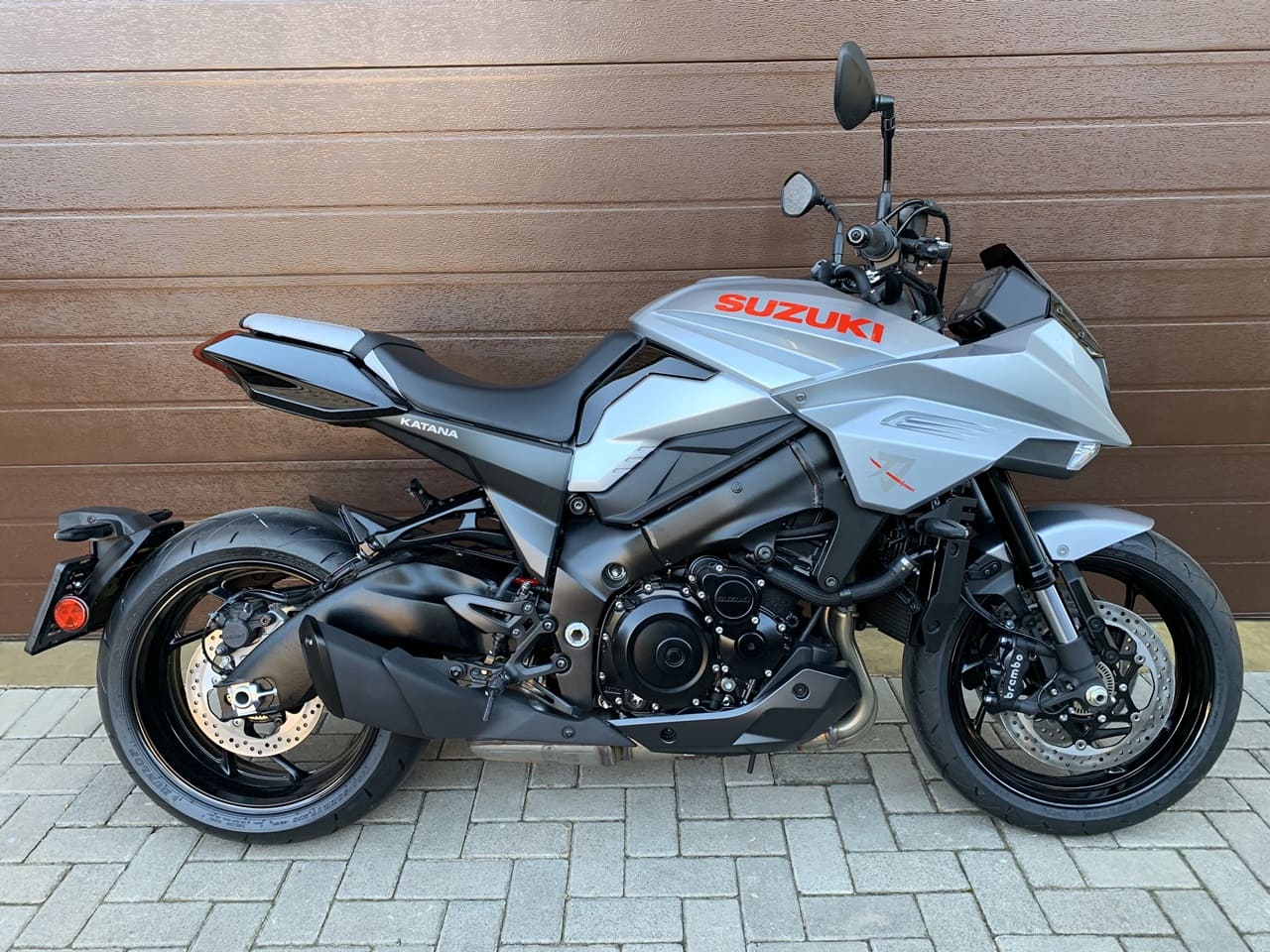 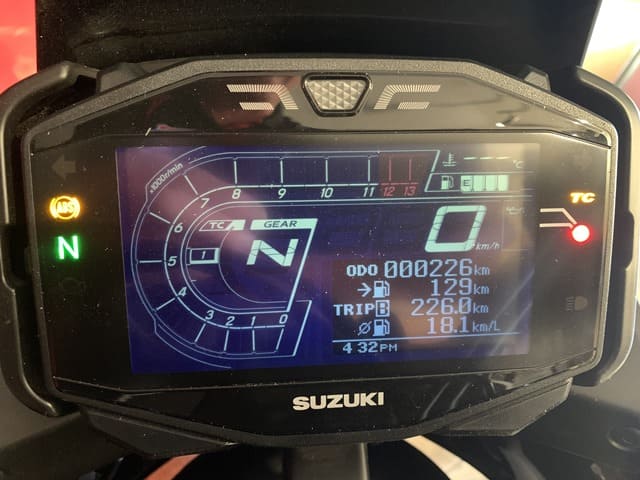 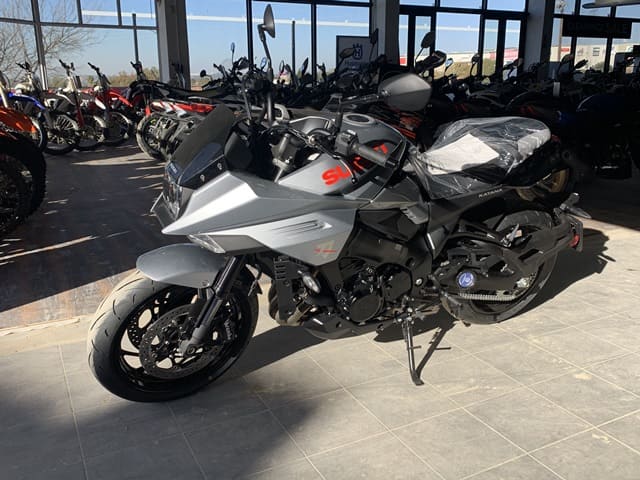 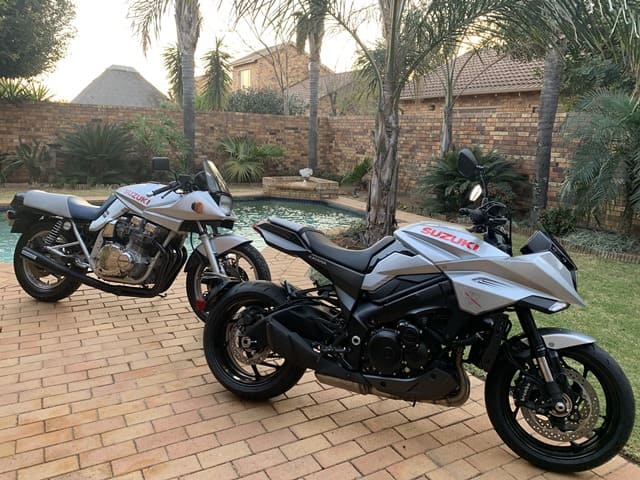 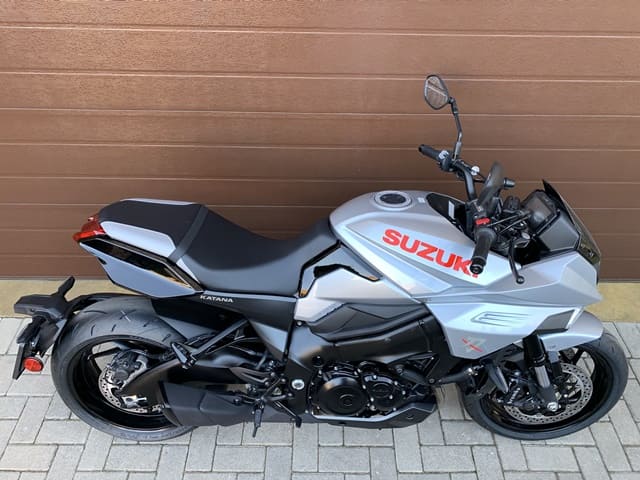 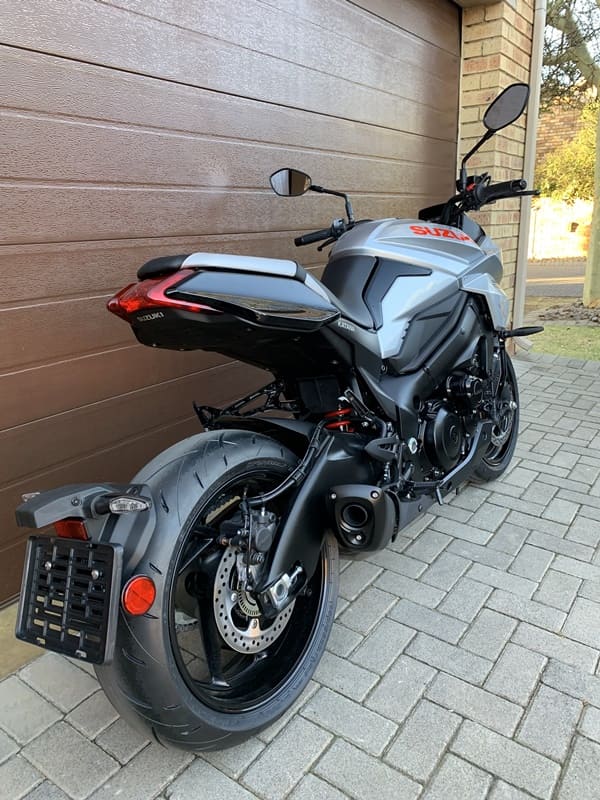 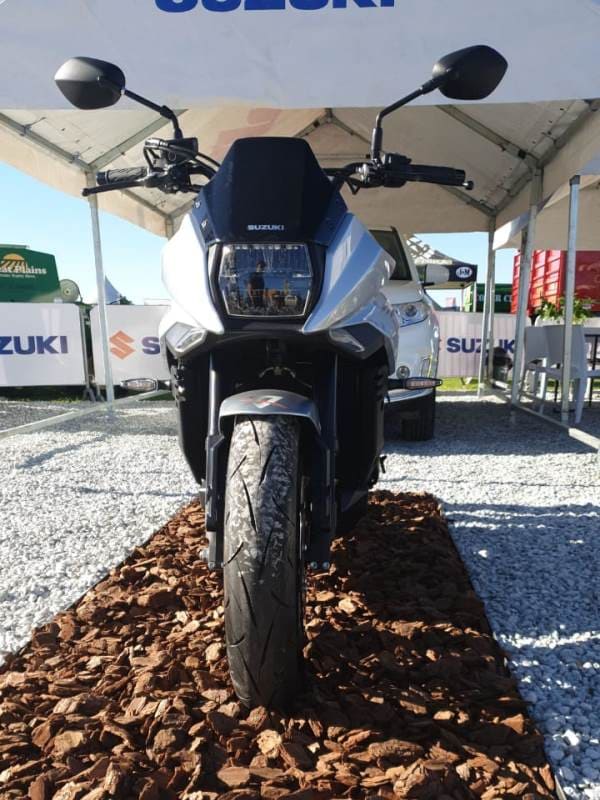